Which is Truly Better, Apple or Android? 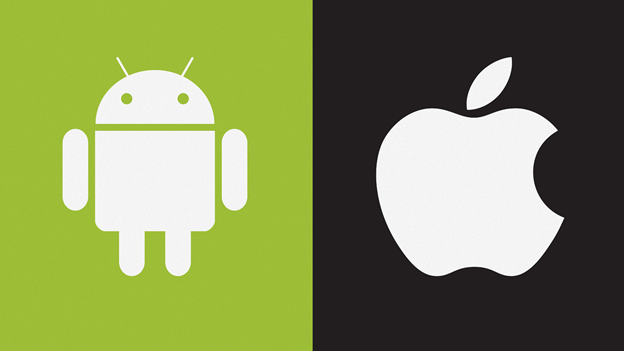 Everyone knows the popular debate of: Which is better, Apple or Android? Some people swear by Apple and others swear by Android. This debate is important because a person should understand the two different companies and what they attempt to achieve with their phones in order to choose which smartphone to get.

Android phones are very customizable. Androids have been known as a phone where you are able to customize it to any person’s needs. It seems as though Android phones are obviously better. However, there are a few big caveats to having an Android phone. With Android phones, you are at a much higher risk of getting a virus. Because of it’s customizability, it is very easy for someone to install an app that is actually malware or to change settings in the phone that make it unusable. When thinking about buying an Android phone, a person should think about their technological capabilities and if they really need all the customization for such a high risk.

Apple phones could be considered the polar opposite of Android phones. iPhones are highly restrictive and secure. Customization options are restricted to wallpapers and icons. It is almost impossible to majorly change the functionality of an iPhone without hacking into it. Immediately, this seems as though there is no point in buying an iPhone. However, iPhones have many benefits and there is a reason that iPhones dominate the smartphone market. Apple phones ensure high quality and high security. With iPhones, it is incredibly difficult to download a virus or something that can harm your phone. Additionally, because iPhones are so popular, many apps are optimized to work with iPhones. All phones have different cameras and so for app developers, it is difficult to optimize their apps to work with hundreds of different phone cameras. That is the reason that apps that require a camera such as Snapchat and Instagram seem to have higher quality photos on iPhones than Androids.

There are many differences between Apple and Android devices. Android phones would be great for a person who is slightly more technologically advanced and is wanting to have a very personalized experience. iPhones are great for people who want a good quality phone and an easy-to-use interface. In the end, it is all up to opinion but it is important that a person picks the phone that is the best match for them.