Now, it seems as if the ancient multicultural puzzle of Ethiopia is about to unravel. 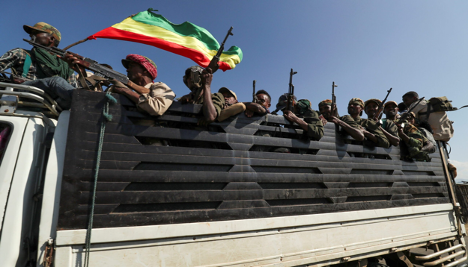 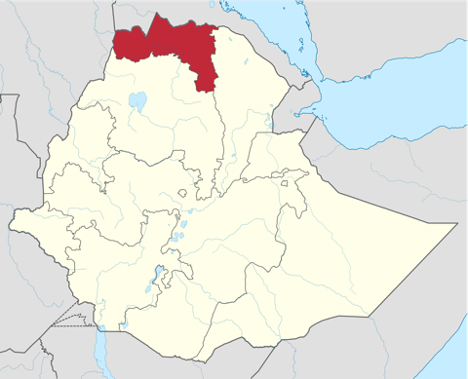 Ethiopia is an ancient land whose Emperors once claimed to be descendants of King Solomon. Additionally, it is where many scientists and scholars believe the human species first evolved. Conflict in Ethiopia is nothing new, the vast mountain ranges and distance between communities makes centralized government near impossible resulting in a land scared by ethnic and religious conflict. Now, it seems as if the ancient multicultural puzzle of Ethiopia is about to unravel in the northernmost province of Tigray.

In 2018, Prime Minister Abiy Ahmed, who is almost a mirror of Ethiopia’s cornucopia of diversity himself, seemed as though he was bringing Ethiopia into the modern day. Sweeping reforms were made, plans for dams on the Blue Nile were drawn which would provide Ethiopians with a myriad of new jobs and a great source of renewable energy. He even won the Nobel Peace Prize for his work in establishing a historic peace agreement with neighboring Eritrea in 2019.

Ever since Ethiopia embraced her current federalist systems in 1991, her government has been led by a mainly ethnic Tigray government with Tigray people in all branches of government. Since Abiy Ahmed took the Prime Ministership and started to push for further centralization of the country, the Tigray have found themselves in the backseat of a coalition that they helped create.

This new status quo could not last and the powder keg exploded in November of 2020 when a series of events led to the Tigray local government denouncing the legitimacy of the government in Addis Ababa and the Ethipopian government and in turn revoking its recognition of the Tigrayan government.The fighting has already sparked out of control with infantry and,tanks are being used. Furthermore, Sudan according to Al Jazeera is now forced to expand their refugee camps along the borders which now hold tens of thousands of displaced Etheiopians, Tigrayans and others alike. To make a bad situation worse there have already been some rumors of ethnic massacres. The conflict in this state has already had some spill over into Eritrea threatening to draw it into the war. 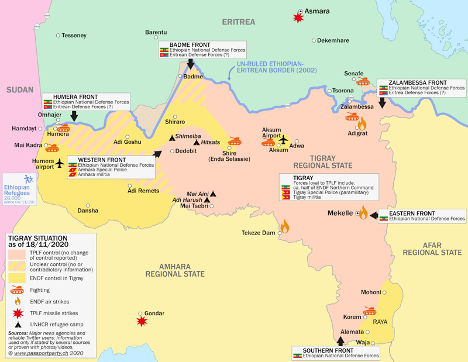 In my opinion, what makes this conflict especially concerning is its potential to spiral into a larger conflict. The Republic of Eritrea has already engaged in joint operations with Ethiopia against the rebels and both Sudan and Egypt’s grievances with the Ethiopian government over the Blue Nile Dam projects is already clear; perhaps they could support the Tigrayans to destabilize Ethiopia making the dam project not viable for the Ethiopian government. Only time will tell, but for now it is critical for the Ethiopians to keep it as a conflict over government disagreements and end it as quickly as possible and to avoid it from turning into an ethnic conflict at any costs. An ethnic conflict will give Ethiopia’s other minority ethnicities ample reason to also rebel following Tigray’s example and give countries who would even more justification to intervene.
Why is the Tigray conflict important for us as Americans and Jews to care? The first and probably most important reason is how it might spiral into a larger conflict. This is due to Egypt and Iran possibly getting involved since Egypt controls the Suez, one of the most important canals on earth, and Iran because the last thing America wants is Iranian influence in the Horn of Africa. For Jews there is a historic and cultural reason. The kingdom of Semien or Beta Israel was an ancient Jewish land in Ethiopia with a Beta Israelite community existing basically until they were airlifted into Israel during Operation Solomon. Beta Israel existed in the Tigray region. Also, as Americans we should care about trying to bring stability to the Horn of Africa due to its impact on Red Sea and Indian Ocean shipping.