A “Supercomputer” From Scratch 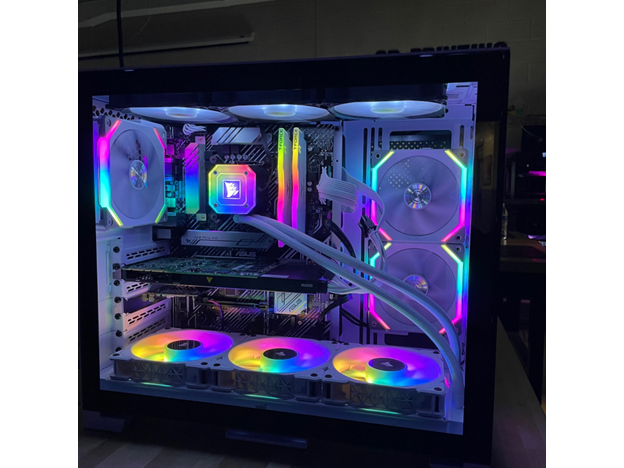 Walking into the STEM Center recently, I was confronted with a gleaming white monolith, pulsing with rgb light and humming with the faint whir of cooling fans. Before me was a glimmering computer, and I instantly knew it was something worth being showcased through the Beth Tfiloh Science Newsletter. As I came to learn through an interview with the computer’s creators, Ami Ashman and Micah Warschawski, this computer was not only a testament to the possibilities of the STEM Center, but also the ingenuity of BT’s students. 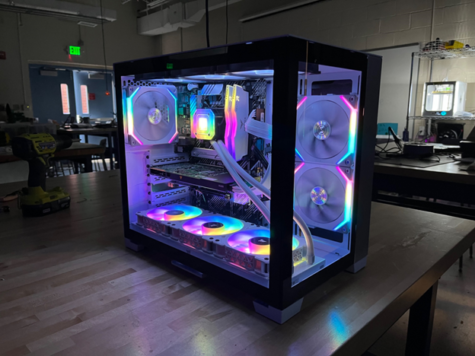 Ryan: How did you come up with the idea to build the computer?

Ami: The idea came to us early in the year, around September. We had just founded the Computer Science Club, and we wanted to build something monumental. We worked with Mr. Bonina directly to propose the idea of building a computer to Dr. Schorr and Dr. Koplon and we received a grant to build it!

R: So what were your next steps?

A: We bought all the parts, planned out a budget, and built it over the course of two weeks in the STEM Center, and that’s where it is now.

R: Was there a purpose behind building it, or was it more for the experience of doing so?

A: It’s a little bit of both. We built it as part of the Computer Science Club, and we allowed people to engage with it and to learn how to build a computer. I personally learned as we went, as I had never really done anything like this before. It was both an educational process in building it, but we were also looking to use it for a protein-folding program and using it as part of a VR system in the STEM Center. This would have applications with 3D design, as it would let people view their creations three dimensionally before they’re actually made in the real world. We just wanted a powerful workstation to be used for fun and to enhance Mr. Bonina’s ability to teach kids about STEM.

A: We had about ten to fifteen people involved; we just built it over the course of two weeks during lunch in the STEM Center so a lot of people would come in, see what we were doing, and want to learn more and get involved. It was a great experience not only for us to actually build it, but to teach people about how to do something like this. 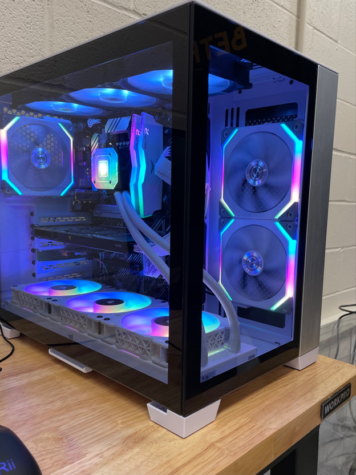 R: You mentioned using it for a protein-folding program, can you tell me a little more about that?

Micah: There’s a program called “Folding at Home” and the way it works is by dedicating your graphics card capacity to a central server you connect to, and they use your graphics card to do research on different proteins and diseases like Covid and Alzheimers. Whenever we’re not using the computer and it’s idly sitting there we can run this program to conduct research. It’s similar to mining cryptocurrency, but for a bit of a better cause.

R: Do you have any future plans for the computer?

M: It’s something of an artistic project, but we’d like to use the STEM Center’s resources to engrave our names and “BT Computer Science Club” on the side panel, because we think it’d look really cool. We’d also really like to look into that VR system and explore those possibilities. Broadly speaking, it’s a resource that anybody can use and learn from, so we want to keep finding ways to expand what it can do and be used for.